Chinese "slash youth," referring to those refusing to be defined or bound by just one personal identity and choosing multiple careers, has aroused heated discussions on social media platforms, drawing attention to the young generation"s diverse pursuits.

On Douban, a Chinese social networking platform, the topic "slash life on and off work" has garnered about 11,000 posts and has been viewed over 400 million times. 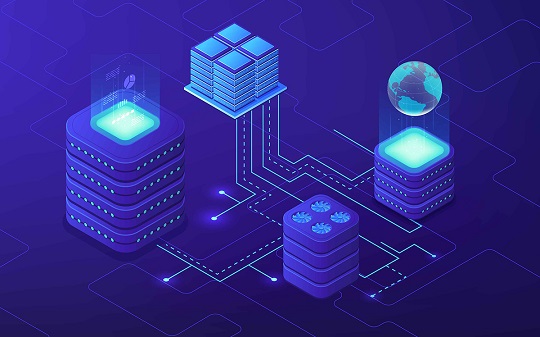 China"s young people are keen to share their slash youth stories online, presenting themselves as multiple and sometimes distinct identities, such as a nurse and model, a teacher and stand-up comedian, and an engineer and band player.

Xing Eryang, who founded the Douban topic in 2021, is a 31-year-old female resident in Beijing and feels amazed to find her "slash life" echoed by so many peers.

After graduating in 2014, Xing landed her job in a public institution. While staying diligent about her daytime work, she is developing her hobbies, including stand-up comedy, vlog making, podcast broadcasting, and the like, into her new careers during after-work time.

The "slash life on and off work" has attracted many to share their different lifestyles, which indicates their train of thought facing the unified "examination" called "life" for everyone, according to Xing.

"I prefer the word "slash" because a diverse lifestyle is like using a blunt knife to cut our life into halves. Part of us work hard in the daytime while the other part can still chase after truth, goodness, and beauty inside during the me-time, though this part of us may be less sophisticated and sociable," she explained.

A 26-year-old female netizen nicknamed "Weiheng" from the southern metropolis of Guangzhou and Tang Yuhan, a 27-year-old man in Xuancheng City, east China"s Anhui Province, are participants in the topic, with their stories garnering thousands of likes so far on the internet.

The two are both band members in their spare time out of their love for music, though they are thousands of miles away and have different jobs in media and finance. Weiheng is now a vocalist in a post-hardcore band off work, while Tang plays the guitar in a death metal band.

They have grown their passion for music since college and didn"t abandon their enthusiasm even when entering workplaces. Though they both faced doubts and worries from their family and colleagues at first, they cleaved to their beliefs and won others" respect and understanding.

"Their reaction showed the mind gap between the young and former generations. Before, my parents used to say, "music cannot earn you money," so the band thing was regarded as a waste of time. However, for us young people, we want to pursue whatever we love and are willing to pay for it," said Weiheng.

It is not only a mindset U-turn but a reflection of the booming current entertainment sector. "Over the recent years, with livestreaming, game, and entertainment industries having their moment in China, the music industry has also seen a positive growth momentum. Some bands have raked in considerable money through live shows," she added.

"I"m open to being whatever kind of employee I may become in different settings, but I will always be a guitarist. Every time I am upset by something at work, playing the guitar cures me," said Tang. "Music is like lightning striking my heart and a storm exploding in my mind."

The two music fanatics utilize their nighttime to do rehearsals and then perform on holidays and weekends. Now, Weiheng"s band "floating soul" has released eight songs and signed a contract with a music agency, ready to launch albums and do a performing tour soon.

"The "slash life" mania shows that along with China"s economic development, our society is becoming more and more diversified and inclusive, and it welcomes everyone"s self-fulfillment," said Shi Yanrong, an associate researcher from the Institute of Japanese Studies, Tianjin Academy of Social Sciences. "Young people no longer have to rely on work and money for their sense of self-worth. They tend to practice "carpe diem" and create their own identities."

The researcher added that against the background that people have multiple interests and are willing to pay for these interests nowadays, the "slash life" of the youth would drive the growth of a new economy, just as animation culture affected the market.